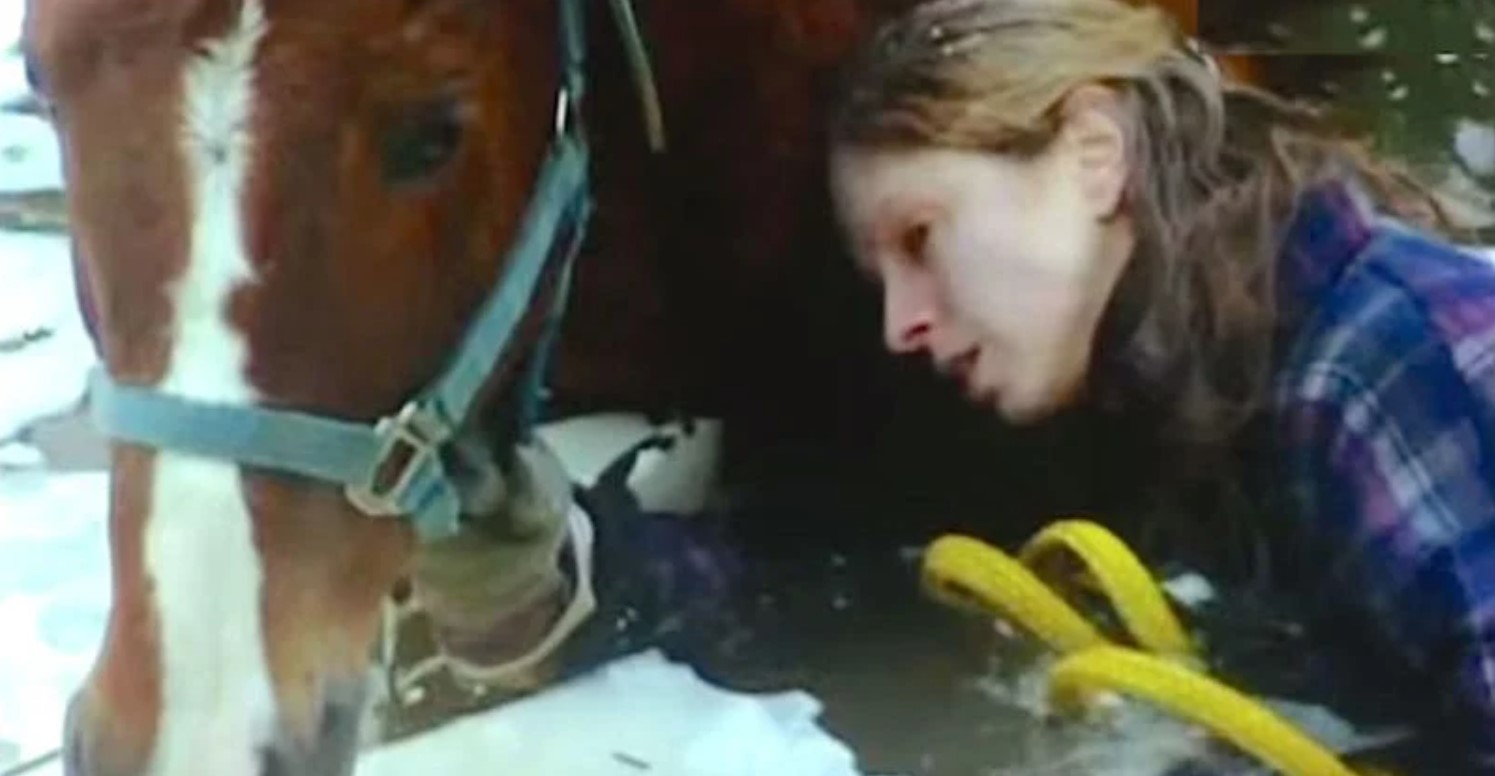 I’ve heard many incredible stories about animals rescuing humans, but this one stands out because it involved a wolf-dog rescuing a woman and a blind horse.

Lisa and Calvin have a farm in Ohio where they raise quarter horses. They have a zoo full of animals, including her devoted dog Biyou, half wolf. Lisa was confined to her home one winter after undergoing back surgery. She noticed something wasn’t quite right as the horses returned from pasture.

Lisa couldn’t see Cass, a senior blind mare who she’s had since she was a foal and knew something was wrong. The old horse had escaped from her pasture and wandered off, becoming trapped at the bottom of a ravine after trying to cross a frozen creek and falling through the ice.

With temperatures dropping and despite the lingering pain from her back operation, Lisa went out looking for Cass. She almost had given up when she called out to the mare and the horse whinnied back. She went down the ravine to the horse and thought if she could just grab Cass’ halter she could lead her to safety. That’s when she fell through the ice just like Cass had.

Both were now in extreme danger, submerged in the freezing water. Lisa’s heart sank when she realized that nobody would ever find her there. She thought that she was done for and got closer to Cass, thinking if she had to go at least she would go with her horse.

That’s when her loyal wolf-dog Biyou sensed something was wrong and went searching for Lisa… What happened next is simply amazing. Watch this must-see video for the rest of this incredible story! 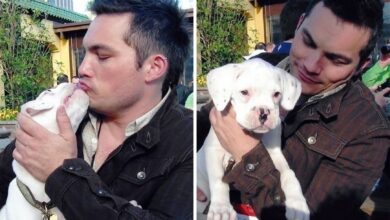 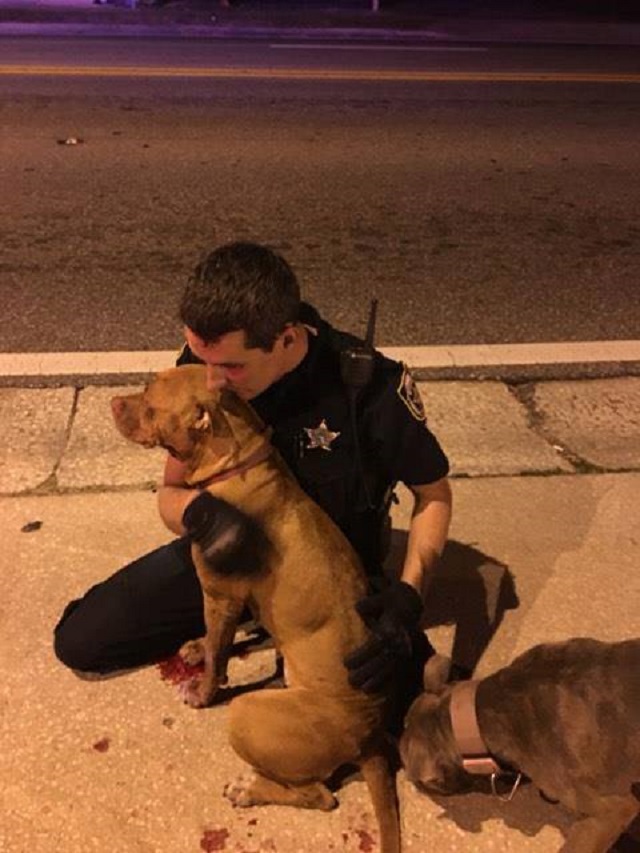 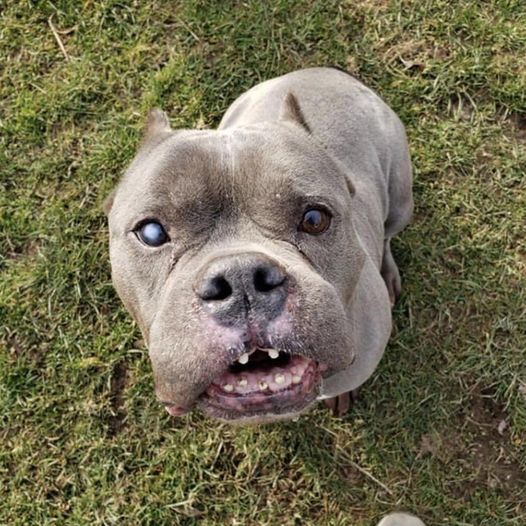 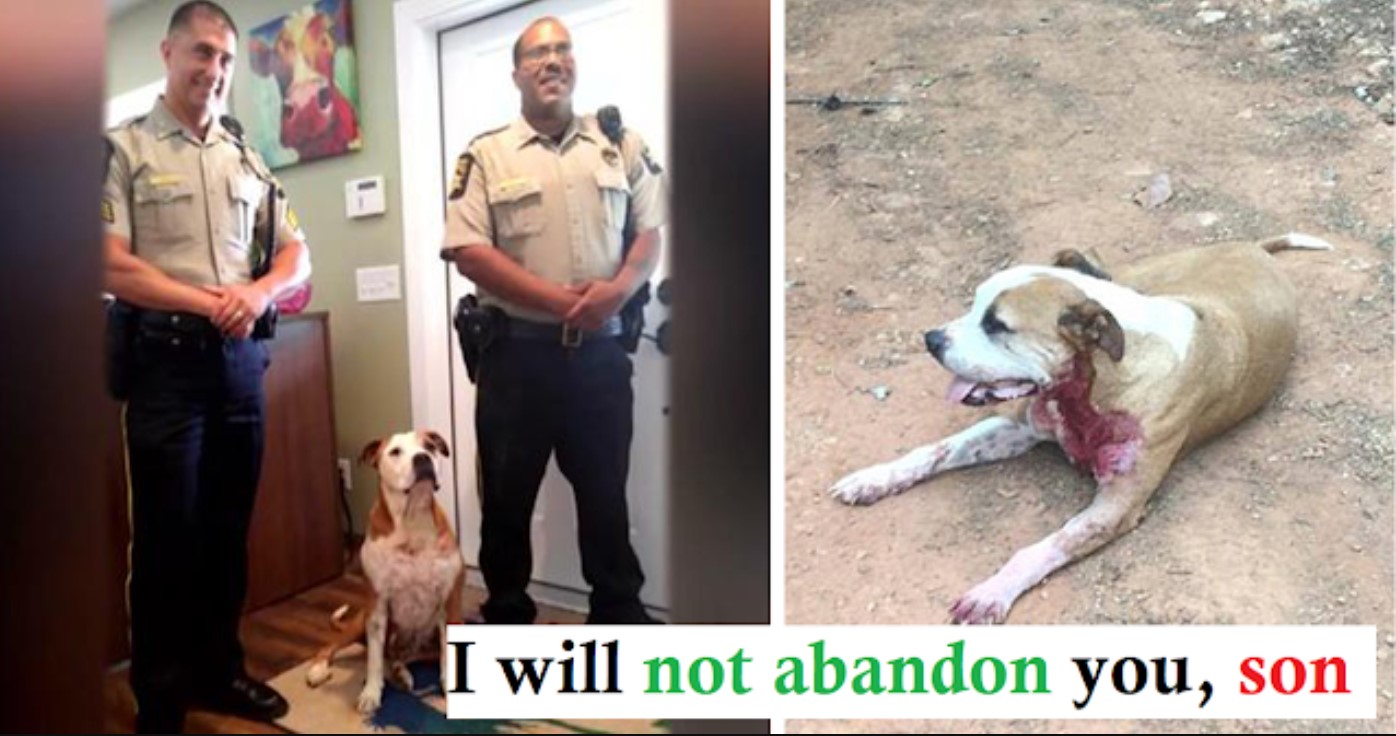