There’s no denying that some animals are truly exceptional – even one-of-a-kind. Take, for example, the lovely Titus, a pit bull with a particular appearance. You’d think Titus was a cheetah at first glance, but he’s a dog, unlike any other puppy you’ve ever seen.

Because of Titus’ odd appearance, one of his owners shared a photo of him on the social media news site Reddit, where it received over 7000 ‘upvotes’ and immediately went viral. It wasn’t long before Titus, “the cheetah pit bull,” became the subject of some local news outlets.The cheetah-marked canine surely impressed a lot of viewers, but the general response on the legitimacy of the picture is rather mixed.

Some people can’t believe that Titus has been given these spots naturally, and think they’re hand-painted.

There is definitely plenty of reason for doubt, as the man only posted a single picture online. Titus also looks like he’s sitting in some kind of groomer’s salon, suggesting that the spots were the result of a couple of hours of painting with non-toxic ink. The man also said online that Titus was an “Albanian Pit bull”, but that dog breed doesn’t exist.

Even though the evidence points in the opposite direction, the man that posted the photograph online claims that Titus’ appearance is 100% real on the dog enthusiast website ThisisBully.com. He explains that he made a mistake with the breed name, and didn’t post any other pictures because Titus is his girlfriend’s dog and he didn’t get her permission.

I’m actually very surprised at how much attention this dog has gotten. My intention was just to show the dog and figured some people would appreciate it. I never would have imagined that this many people worldwide would be interested about Titus. I honestly think this dog has gotten way too much attention. To me all dogs are special and unique in their own way. I am a pitbull lover and I always will be. But I do like all breeds of dog. I don’t think that Titus is any more special than any other dog on this Earth.

All I can tell you is the dog is real. He is actually a mixed breed. I believe she said Catahoula leopard dog mixed with some sort of a pitbull. I thought she said Albanian Pitbull but I have no idea. I am not a pitbull expert by any means. The dog is real. People will always have their opinions on everything. I know he’s real because I see him everyday and he sleeps on my bed with me every single night. If there was paint or Dye on Titus I would definitely know when I give him a bath. 100 % real.

Exterior mutations with dogs do occur and cheetah-spotted dogs have been photographed in the past, although Titus would be the first pit bull of its kind.

Either way, real or painted – Titus’ looks surely are stunning. 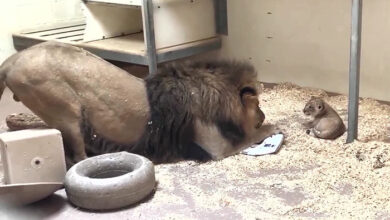 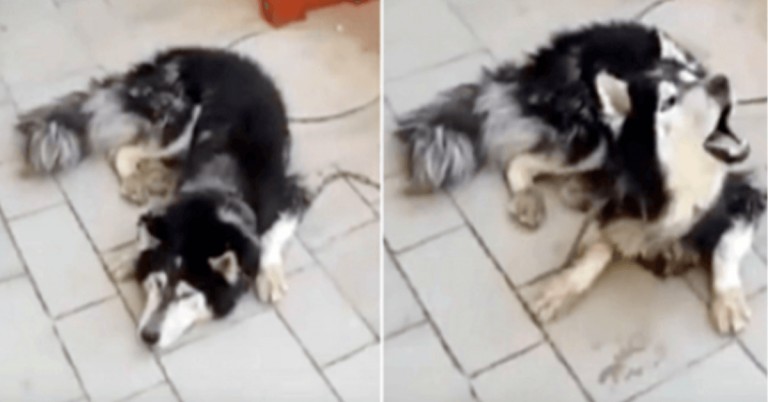 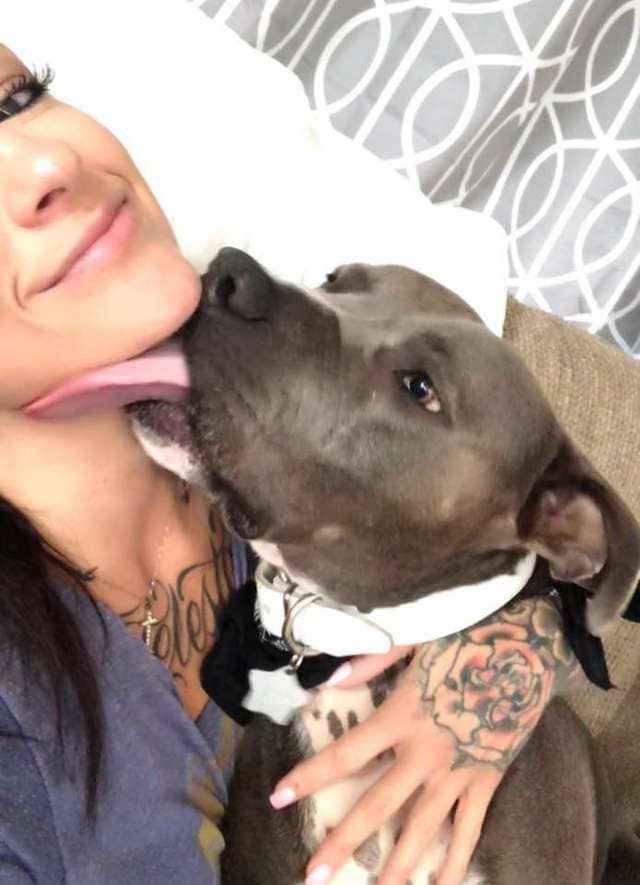 When The Rescued Pit Bull Convinced Her To Adopt Their Foster Kitten, The Mother Could Not Refuse