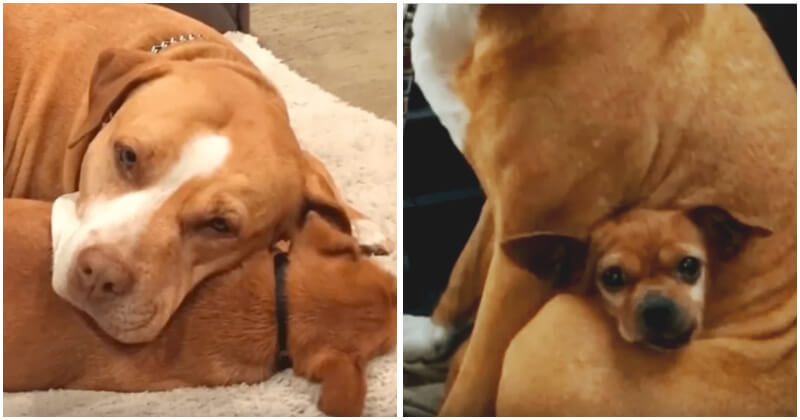 Merrill and Taco are best friends. Merrill is a three-year-old pit bull, and Taco is an eight-year-old chihuahua. They met at the Rocket Dog Rescue shelter, where they lived together for years. Because adjusting to a shelter environment can be a tough change at first, it essential for an animal to have emotional support coming from somewhere.

For Merrill and Taco, they found that support in each other.

Rocket Dog Rescue is a volunteer-based organization “dedicated to saving homeless and abandoned dogs from over crowded animal shelters.” Their ultimate goal is to create a world where all companion animals have loving and permanent homes and where no good-natured dogs, and sometimes underprivileged dogs, are killed in shelters because they are considered to be unadoptable.

There should always be a second chance for these animals.

It did not take long for Merrill and Taco to form a strong bond with each other. During their time at the rescue shelter, Merrill needed surgery. The operation was a matter of life or death, and Taco proved to be a true friend.
This small but faithful companion was there in the greatest time of need.
This loyal dog did not leave Merrill’s side during the entire duration of the surgery. The two were completely inseparable. If they were separated from each other for any reason they would both cry longingly until they were reunited.

If that doesn’t prove their bond, nothing could.
Later, it was Merrill’s turn to prove her loyalty to Taco. When a potential owner came in looking to adopt an animal, he fell in love with Merrill. But there was one problem – the pup refused to leave Taco’s side. When the adoptive father came to pick up the dog, Merrill simply wouldn’t stop crying. And neither would Taco! It was clear that these two would never be separated for as long as they lived.

Luckily, the owner had a big heart. Instead of changing his mind about Merrill, he then decided to take both of the dogs home! Both dogs were visibly grateful that they did not have to spend their days apart.
Now, Merrill and Taco are happily living at their forever home.

They have found a loving family, and they were able to stay together. These dogs will be best friends for the rest of their lives. This heartwarming story is proof that some bonds can never be broken. When we love someone, we need to have them in our lives. It is fortunate that this owner was moved by such heartwarming compassion. 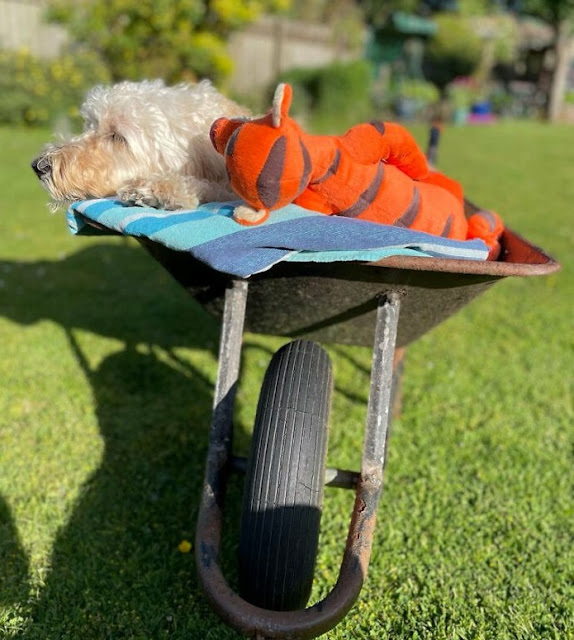 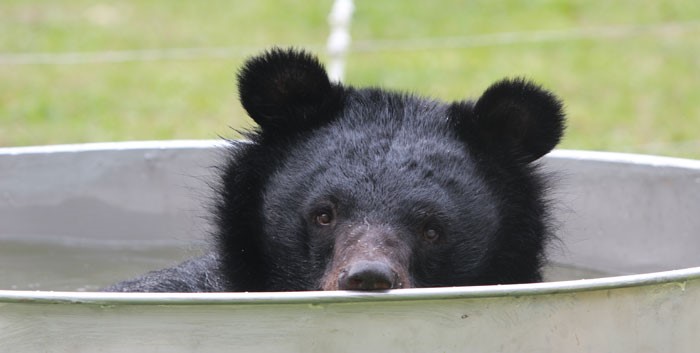 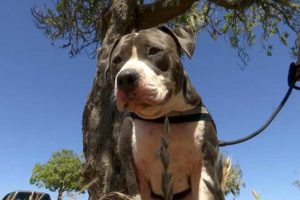 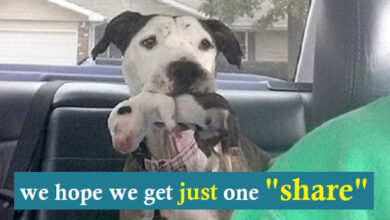